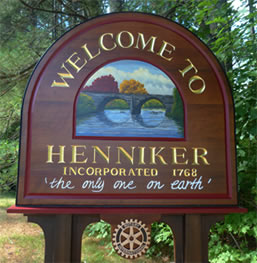 Our story starts in Henniker, NH

The origin of Ayer & Goss dates back to the 1930s. The original business was owned by H.L. Holmes & Son, who owned a funeral home and also sold fuel oils, coal, insurance, and ran the town’s only ambulance service. Ben Ayer, a farmer in Henniker, supplemented his farming income by hauling and delivering oil for H.L. Holmes & Son. He was also called on to drive the company’s tractor trailers, delivery trucks, ambulance, and hearse.

When H.L. Homes & Son came up for sale in 1963, Ben partnered with Ken Holt to buy the business and renamed it Ayer & Holt. A year later, Don Goss Sr. became Ben’s partner when Ken Holt sold his share of the business to run the Holt Funeral Home. Ayer & Goss provided fuel oil and propane to Henniker and surrounding communities.

Ben retired in 1986 to spend more time on his duties for the Henniker Fire Department. He served as fire chief from 1969 to 2004. Because of his involvement with the community, Ben was named Henniker’s “Citizen of the Year” in 1994.

In 1988, Skip McKean fulfilled his life-long dream of driving a tractor trailer and began transporting fuel oils and gasoline for Ayer & Goss and other companies under a new business, Skip McKean Petroleum Transport. He now has five full-time drivers and three owner-operators in the winter.

Today Skip and Carolyn McKean own Ayer & Goss and Skip McKean Petroleum Transport, and work with family members Bill McKean, Kate Greene, Amy McKean, and Janet Higginson. At Ayer & Goss, all of our employees are part of our family.  We are all dedicated to providing friendly, efficient service to our customers. 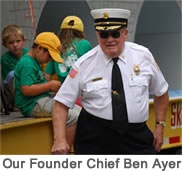 The McKeans also maintain a collection of antique fuel trucks that they show in local parades and truck shows.